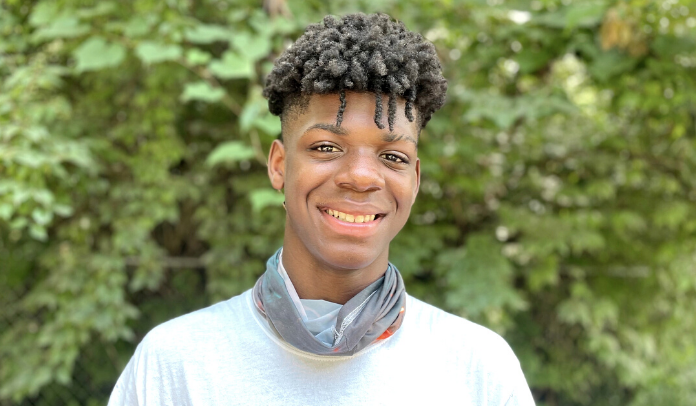 DJ grew up in downtown Cincinnati along with his mother and siblings. Growing up surrounded by people who were much older than him left him prematurely exposed to violence, drug usage, sexual activity, and a limited perspective on what opportunities were at his disposal.

When DJ joined us at Found Village, he had been in and out of the hospital due to behavioral crisis, spent time in juvenile detention for assaulting a schoolmate, and was attending a behavior school. In his own words, he “had no direction and was lost.”

DJ recalls a fellow Found Village youth, JoJo, sharing some impactful wisdom with him, “Do something good with your life–something positive.” Hearing these words from a peer that he trusted changed something in DJ, he knew he did not want to keep repeating the mistakes that were landing him in constant trouble.

He dove into this community full on and has not looked back since.

Without a father figure at home, DJ tells us that the Found Village coaches are like fathers to him. From teaching him to seriously pursue basketball, to taking gardening classes, to learning how to birdwatch; DJ’s world has drastically opened up. He tells us that he never knew there were so many possibilities for him to explore.

As a freshman at Hughes High School, DJ has excelled and is learning how to ask for the support he needs to combat his learning disability, rather than just shutting down as he did in the past. He has improved in basketball thanks to being pushed by his coaches, and he even got to play varsity games as a freshman!

Despite having grown up in the heart of the city, DJ never realized how much there is to do that will keep him out of trouble. He’s especially taken a liking to exploring the city thanks to our partners at Cincy Red Bikes and discovering secret spots with coaches, Kyle and Jarod. 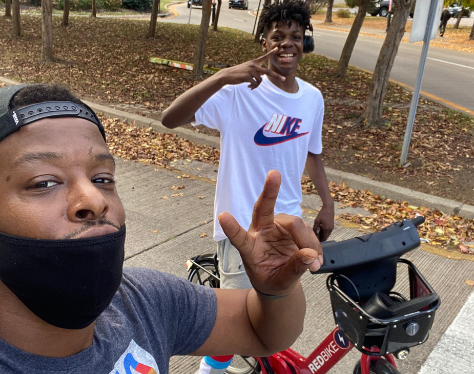 At just 15 years-old, we are so hopeful about the progress DJ has made over two years in this community, and we are so excited to see where he will go. He aspires to attend higher education and continue excelling in sports.

DJ speaks about his time in Found Village with a jovial gratitude that is so heartwarming. We exist to see young men like DJ become fathers, scholars, hard workers, and contributing members of society. DJ is well on his way to becoming the man he was always meant to be, and we are with him–every step of the way!

Donate How it Helps